System for Cross-domain Identity Management (SCIM) is a protocol for user management across multiple applications. It allows your IT or Operations team to provision, deprovision, and update user or team data in TeamRetro using your existing identity provider. SCIM support is included in TeamRetro ENTERPRISE subscriptions

Detailed setup instructions for common identity providers can be found below:

You must have SAML single-sign-on enabled for your organization.

TeamRetro supports two layers of user roles. At the whole-of-account level, a user can be an Account Owner, Account Administrator or Account User. Additionally, within each team, the user can be either a Team Administrator or a Team Member. Further information on the specific capabilities of each role can be found in our Roles and Permissions Overview .

An example of how this may appear for a small enterprise is below. 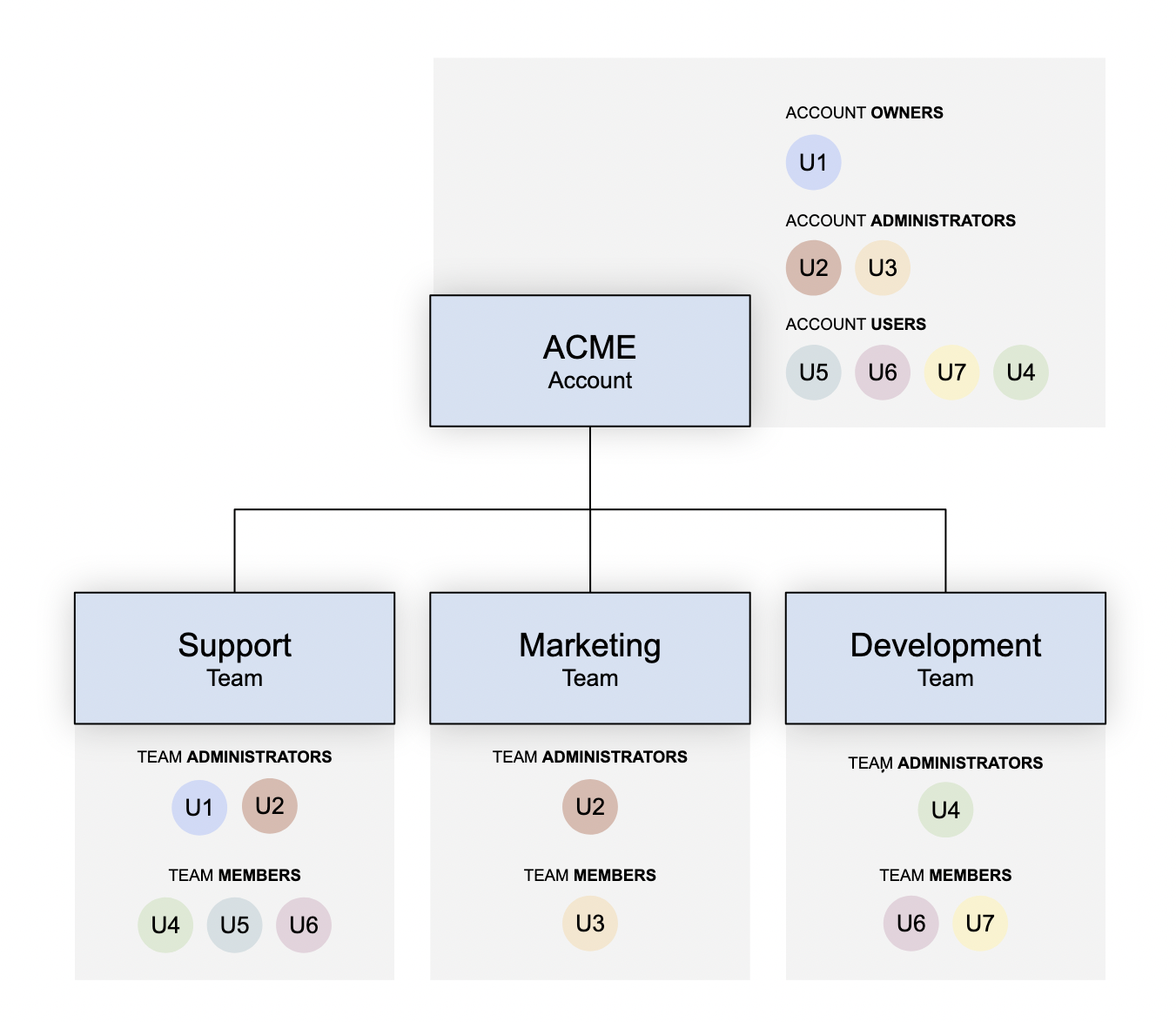 For example, if you configure the following groups in your identity provider:

Following SCIM synchronization, if we start with the account from the previous documentation section, the new state will appear as below:

In addition to provisioning account level roles, you can provision the creation of new Teams and assign users Team Roles via SCIM groups. By default, TeamRetro will look for any SCIM groups matching the TeamRetro-{{TeamName}}-Team-Admins or TeamRetro-{{TeamName}}-Team-Members pattern (based on a group name prefix and suffix match), and create a new team (if required) and provision the team roles. If you have a standard group naming scheme you'd like to use, you can adjust the expected group prefix / suffixes via the TeamRetro administration panel under Account > Settings > SCIM & API > Team Provisioning / Team Role Groups

For example, if you configure the following groups in your identity provider:

Following SCIM synchronization, if we start with the account from the previous documentation section, the new state will appear as below: 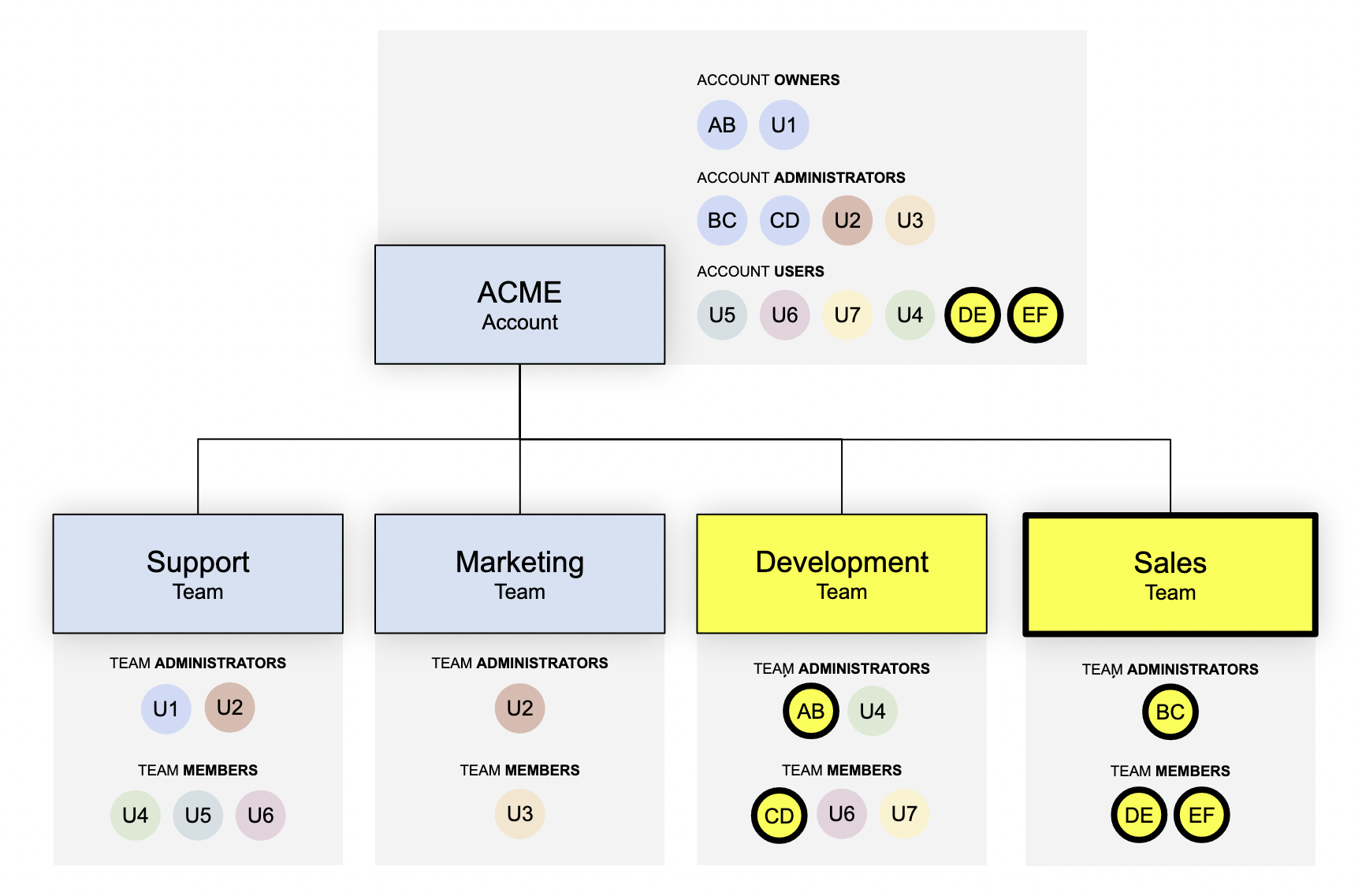