How does proposing an action work?

Proposing actions means that either a facilitator or team member can PROPOSE AN ACTION for a straw vote before it is accepted and added to the team's action list. This is a great way to get agreement from the team and to build buy-in and accountability.

Each person can support, not support or remain neutral on a proposed action. You can then use this data to facilitate deeper discussion. The facilitator can accept, not accept or delete the proposed action item. Proposed actions that are accepted to the action list and are carried forward. i.e. shown on the sidebar of future meetings, the team dashboards, meeting summaries, and review steps of the meeting. All other proposed actions do not carry forward

The below table demonstrates how permission settings change the user's ability to either add or propose actions. NB: Only the facilitator can accept (or reject/delete) proposed actions based on discussions. 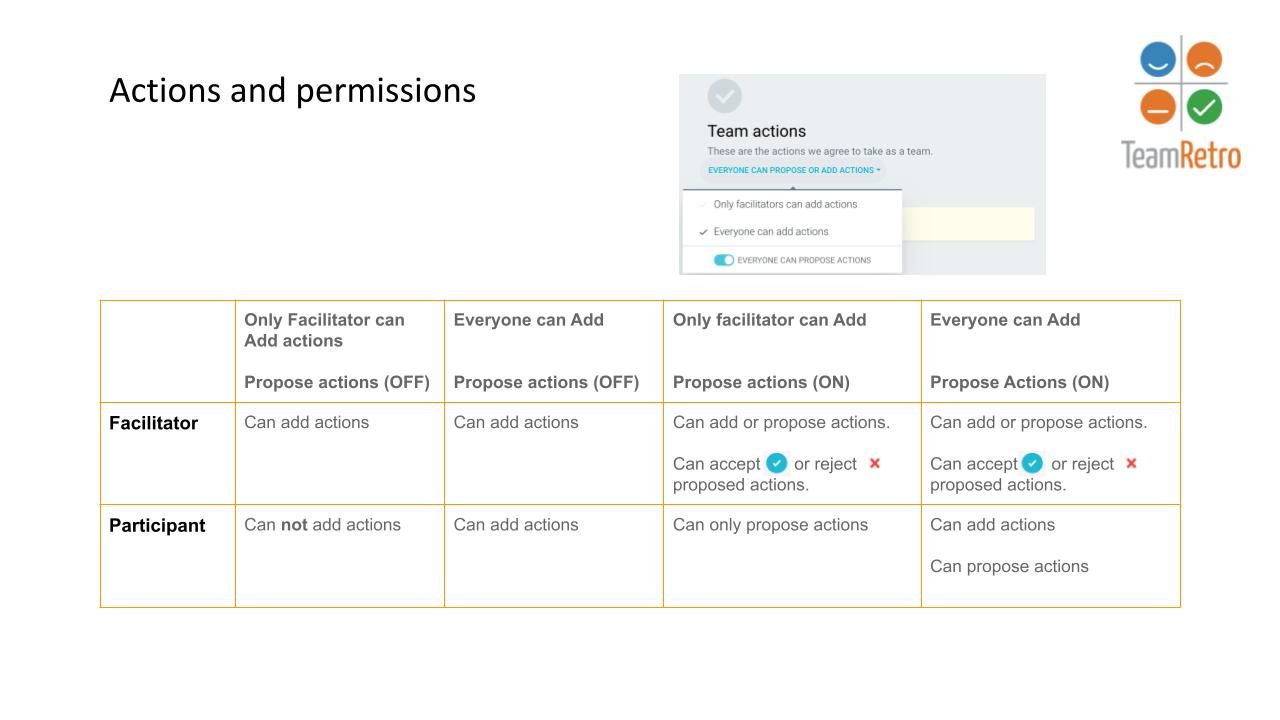 Actions can be proposed

Action proposals can be turned on by toggling on EVERYONE ONE CAN PROPOSE ACTIONS. 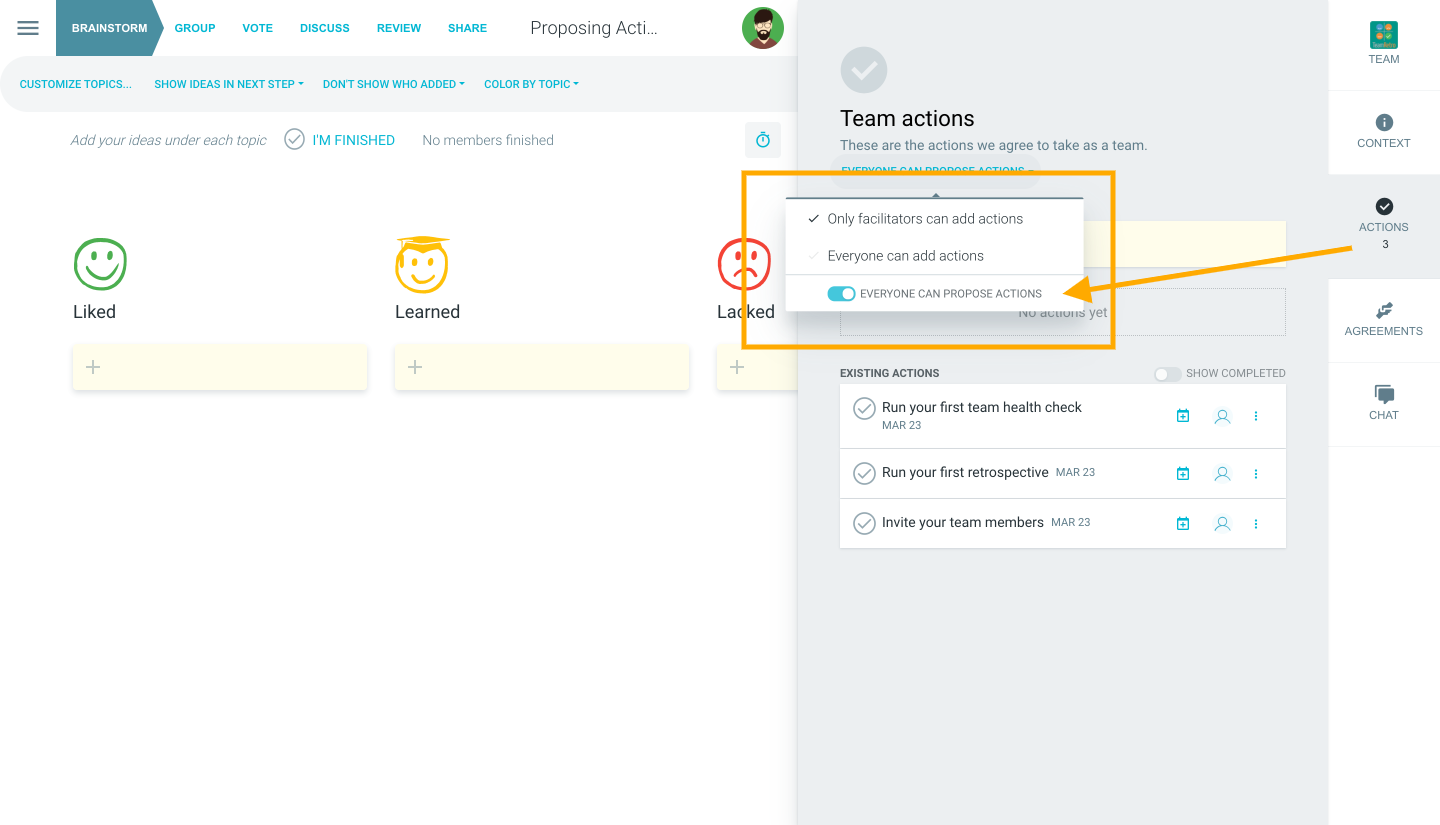 Depending on the permission settings actions can now be proposed or added to the list straight away.  People can propose actions at any time in the sidebar. If they want an action tied to a specific idea, then they should click on the idea to add or propose the action. 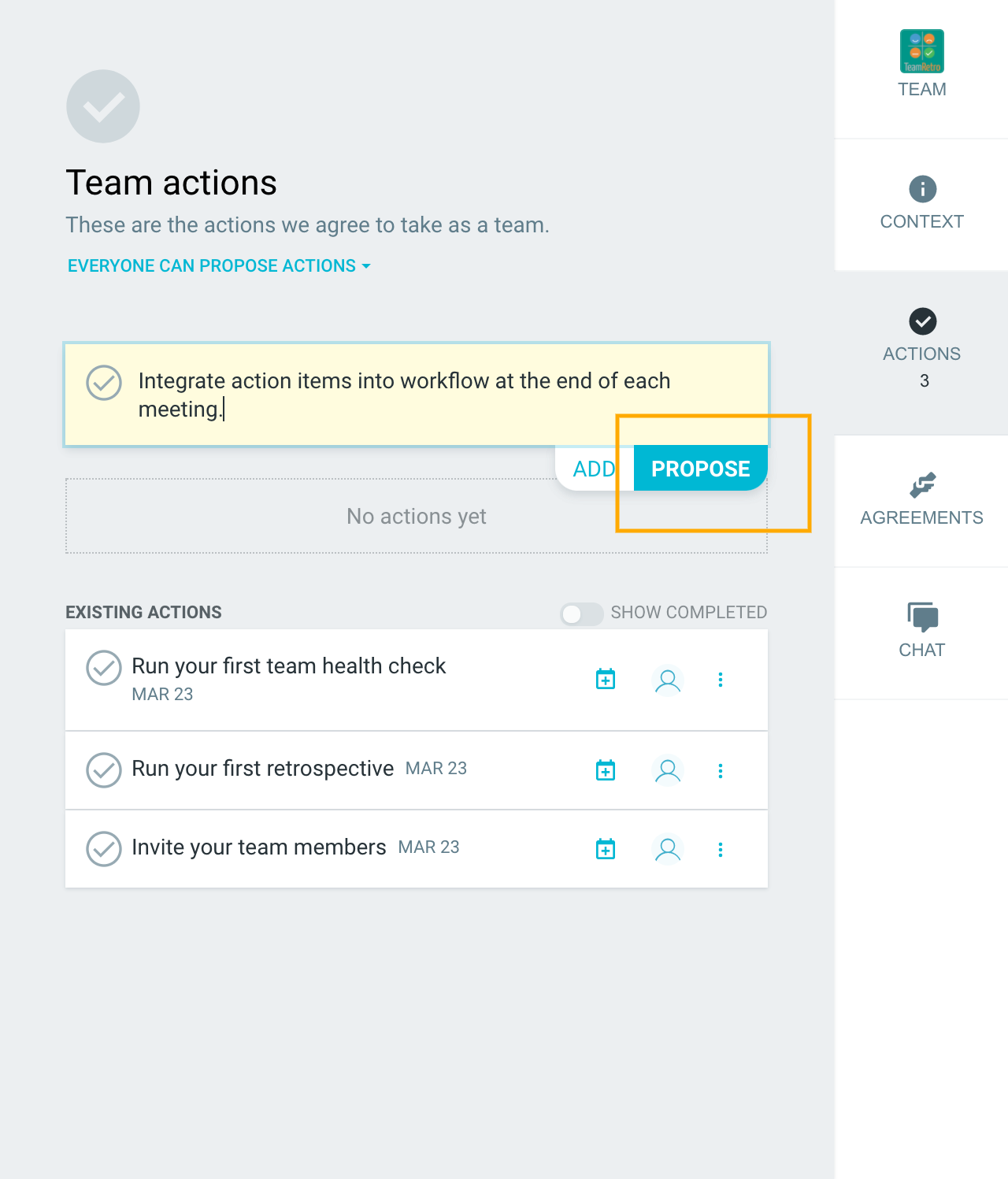 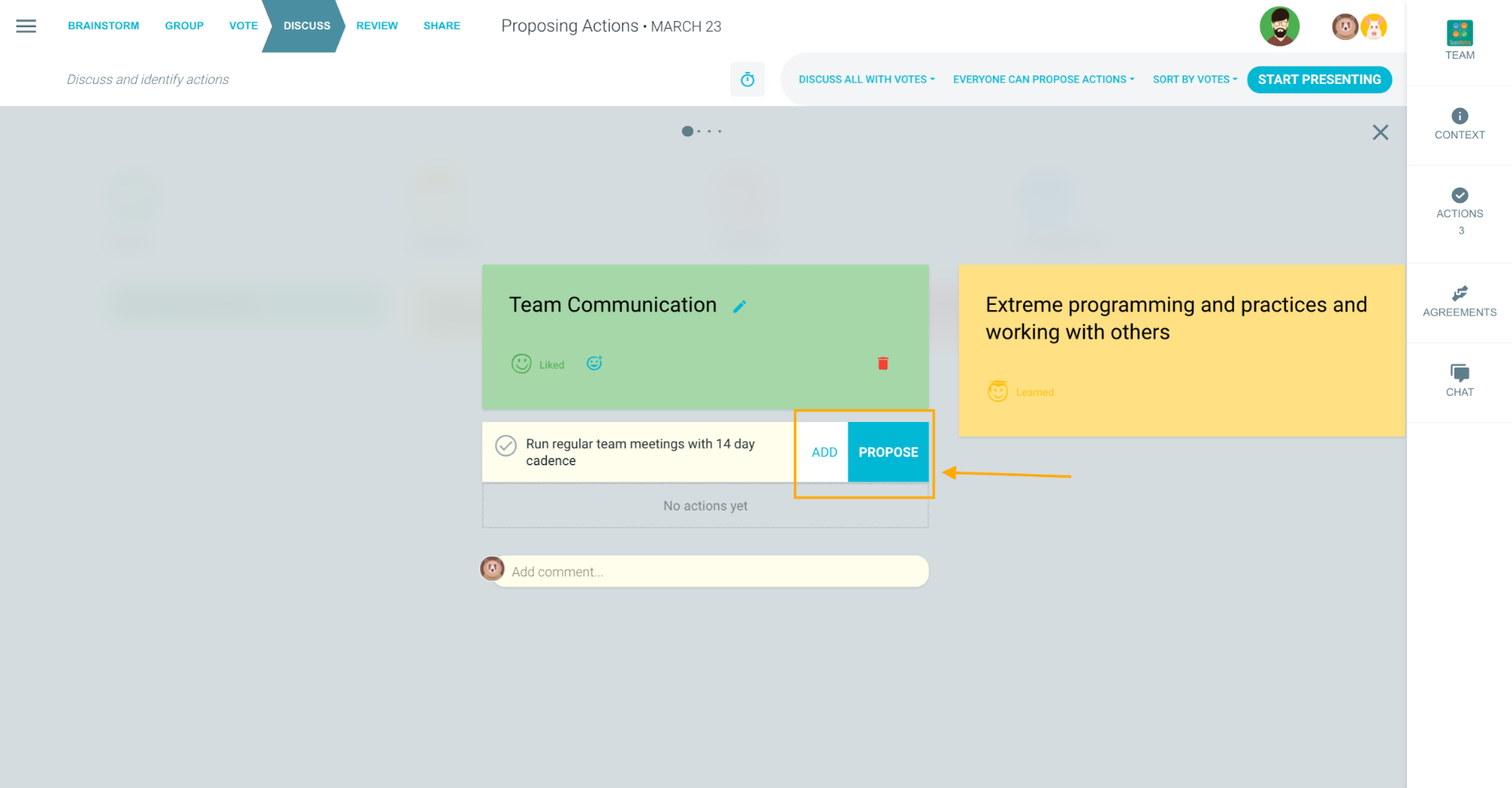 Everyone can indicate their preference by choosing from I SUPPORT THIS, I’M NEUTRAL or I DON’T SUPPORT THIS. 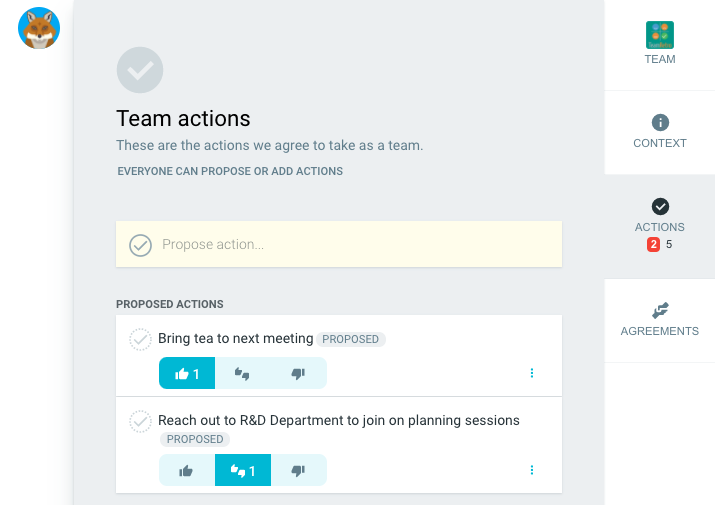 Proposed actions can then be  ACCEPTED or NOT ACCEPTED by the facilitator.  The carousel view allows you to propose specific actions against an idea. 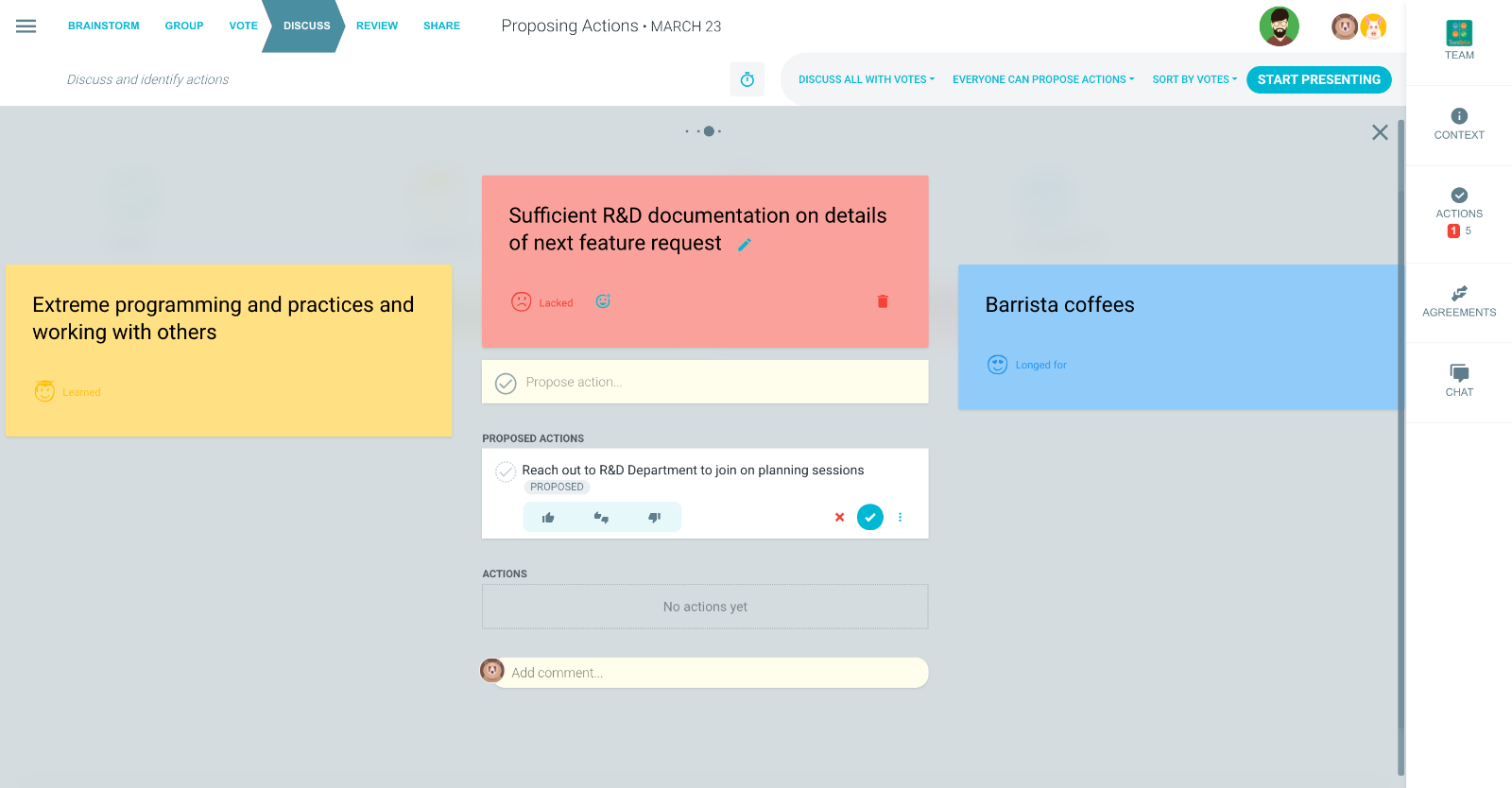 Accepted actions are added to your team's action lists. These are carried forward to the next meeting and will show up in the team home page and future meetings.
Actions that are not accepted are indicated via strikethrough out and can be deleted. They do not carry forward.
Actions that remain as proposed are treated as not accepted and do not carry forward and will remain proposed in the meeting. 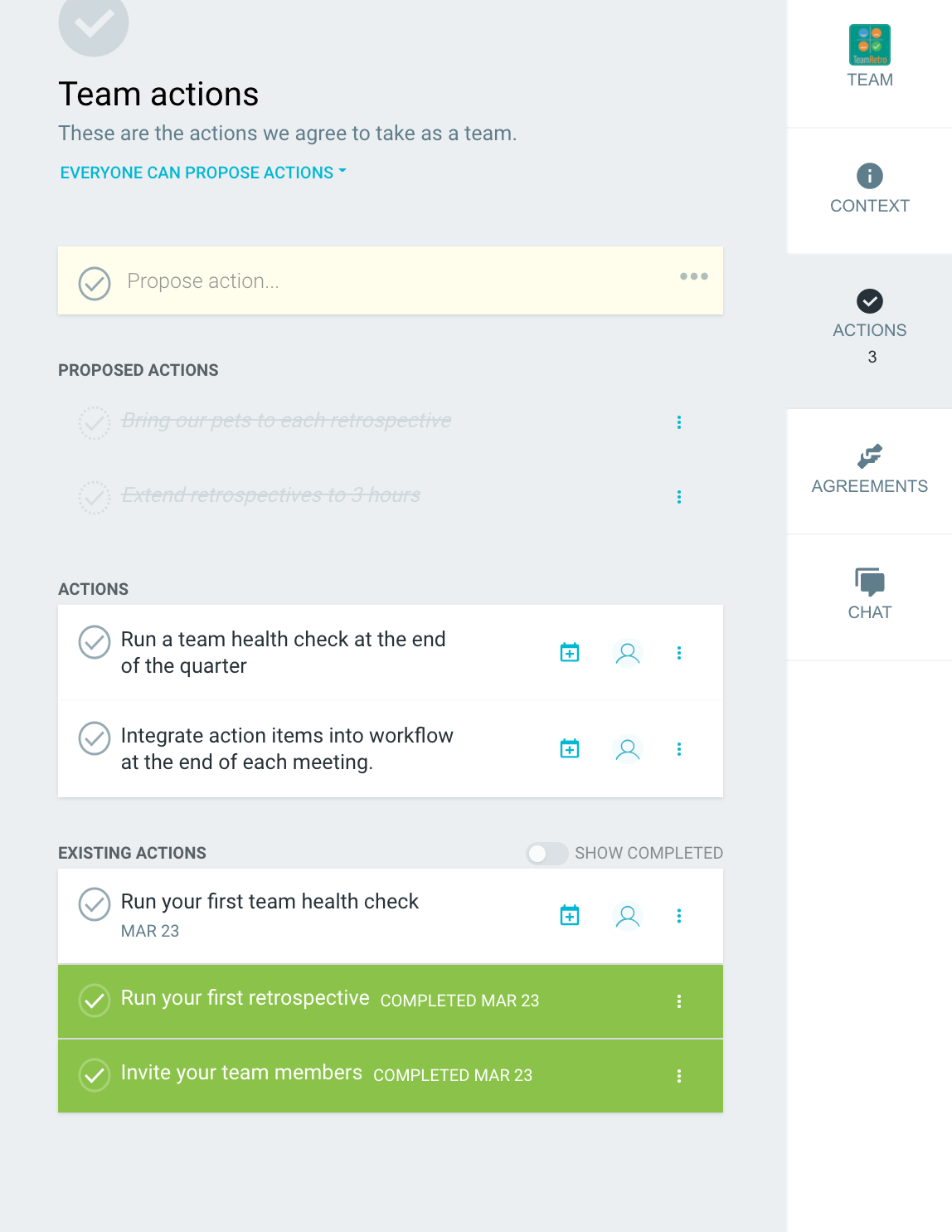 In the REVIEW stage, all actions that have been proposed, accepted, rejected can be seen. Only actions that are directly added to the team list, or accepted will be committed to the team action list and carried forward, become publishable. 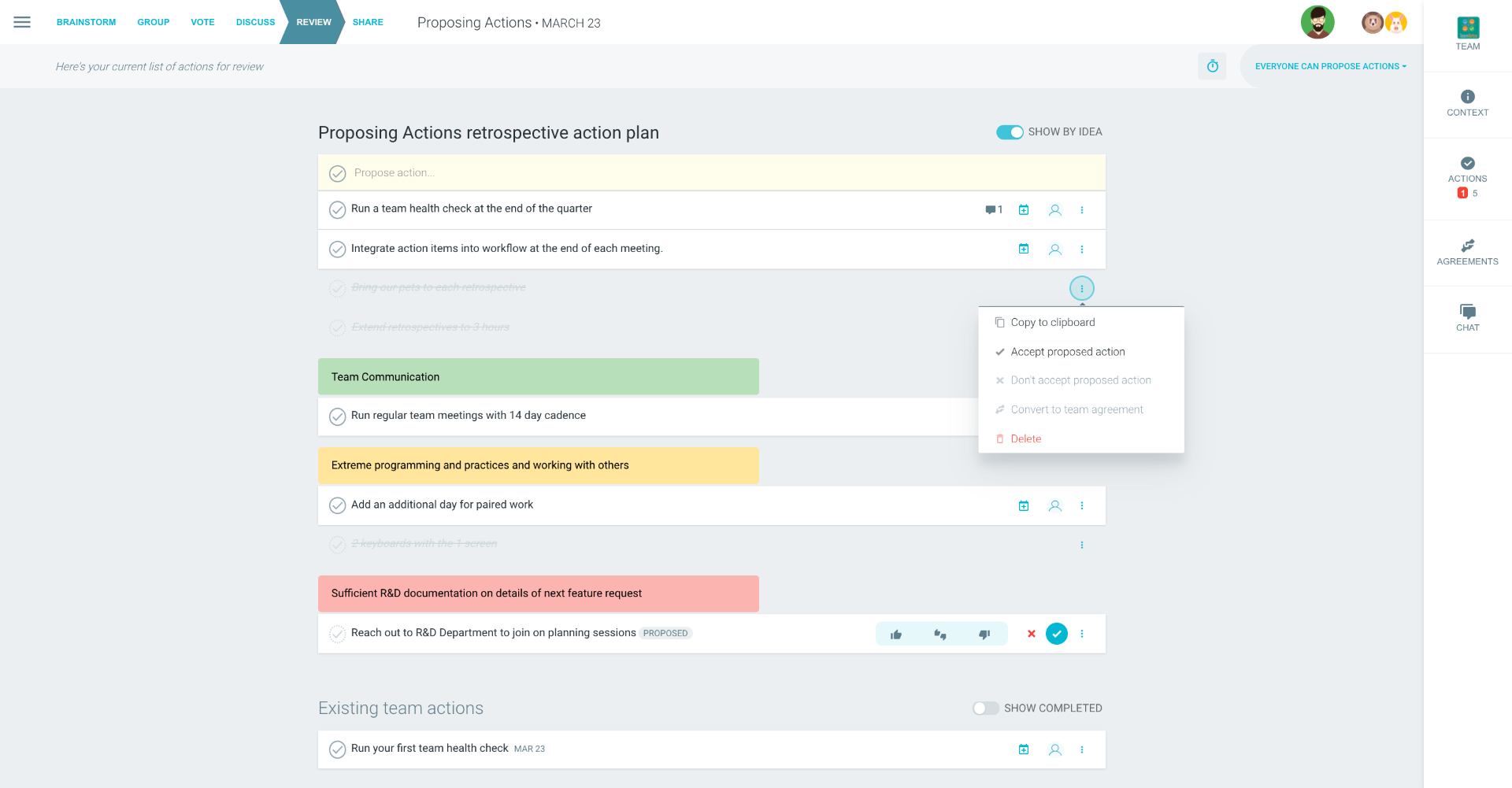