AGREEMENTS let the team set house rules, norms, and agreed behaviors for the way they work, whether it be in or out of the meeting. This is less about actions that need to be done, and more about building the team culture and how people interact with each other. These can be anything from "No answering phone calls in meetings" to "Always laugh at jokes, even the bad ones".

Agreements are always shown on the  TEAM HOME PAGE under the HOME tab as well as the sidebar. This acts as a reminder for everyone about what they had previously agreed to and can be referred to at the start or during the meeting as needed. 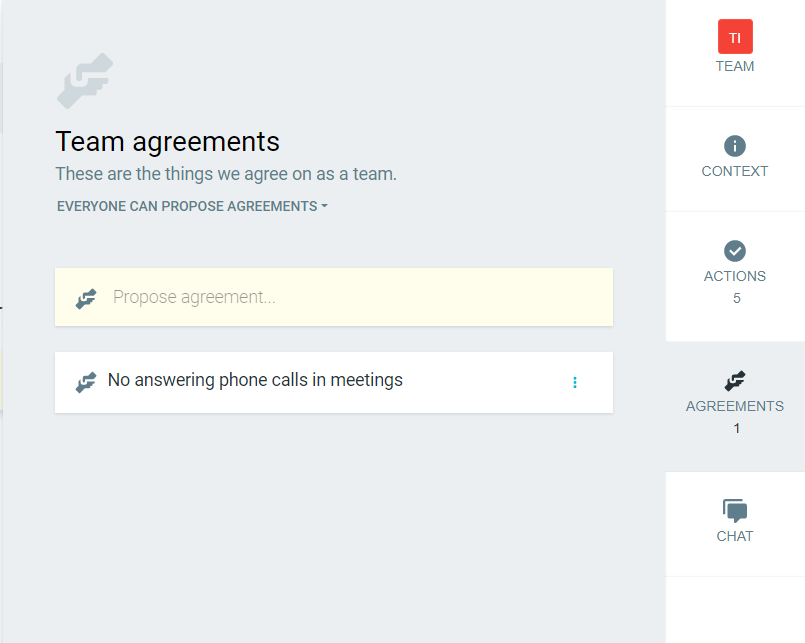 Depending on the style of meeting you run and your team's preferences, the facilitator can choose from the following permission settings to capture team agreements. 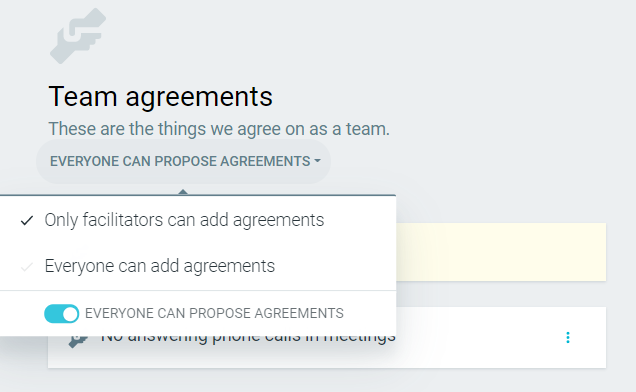 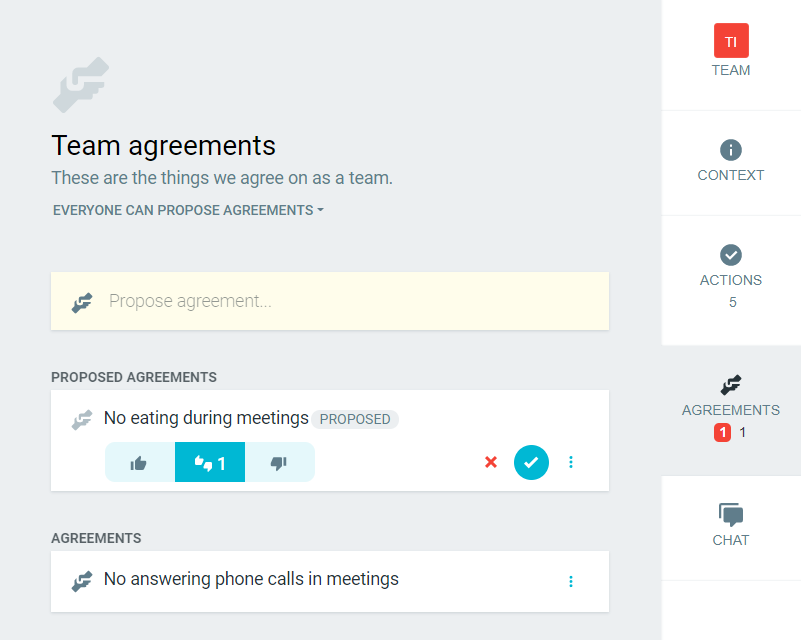 Accepted proposals are added to your team agreements. Otherwise, they are crossed out. 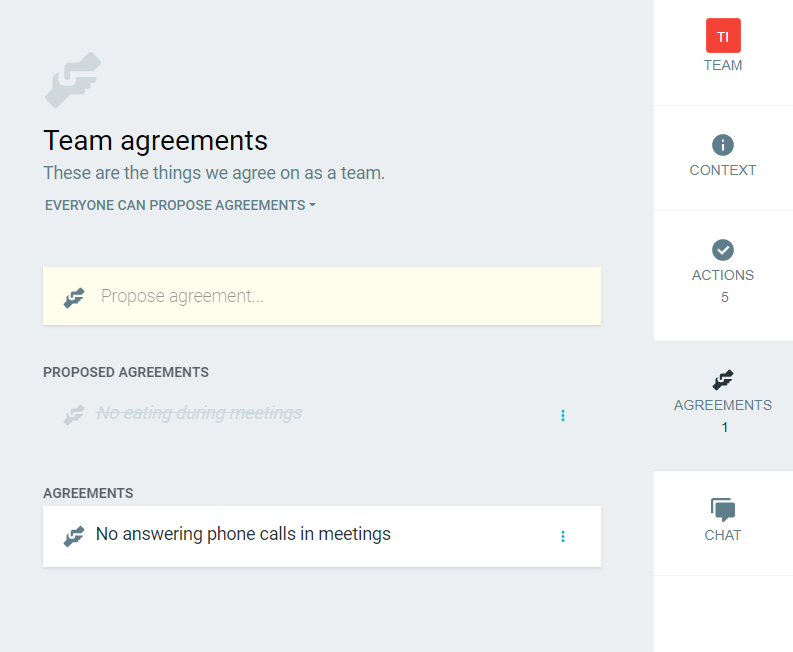 You can add additional comments to the agreements. 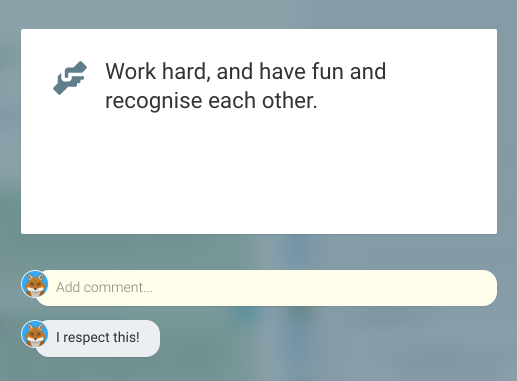 Team Agreements can be changed into action items (CONVERT TO ACTION) via the drop-down menu. If it was proposed, it will then become a proposed action. 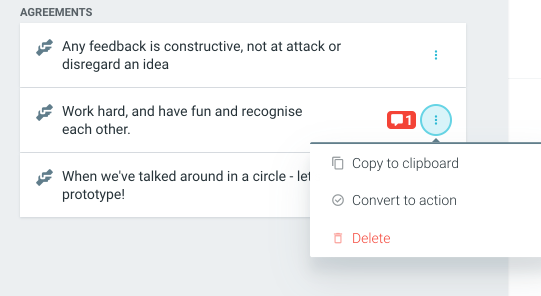 All accepted agreements will be shown on the meeting summary, the Home Page as well as in the sidebar for any future retrospectives and health checks as part of the team's social contract. 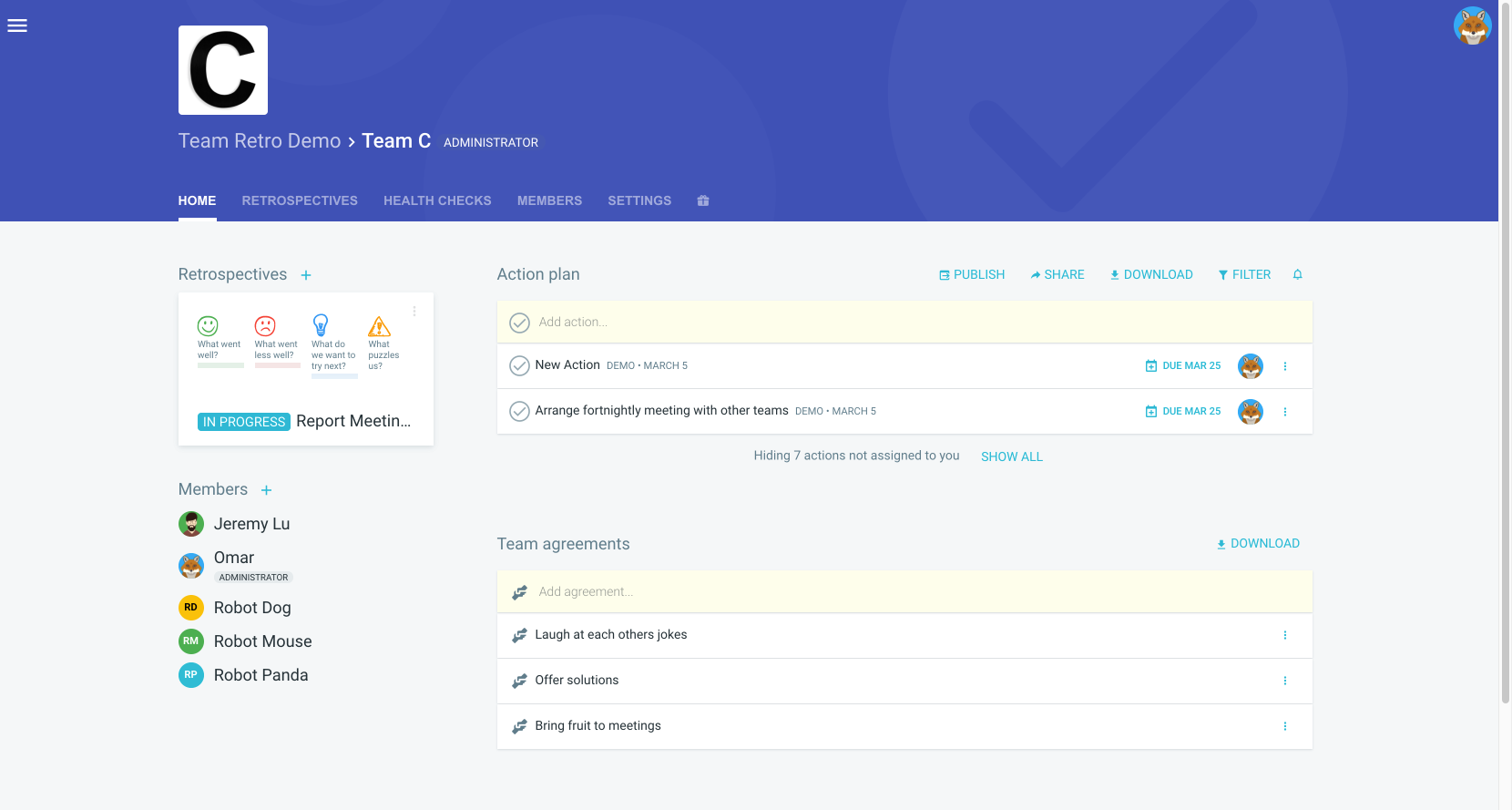